Home > English > Cinema > The first in a bloody trilogy 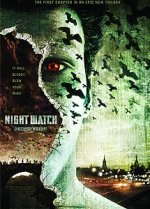 The first in a bloody trilogy

As children, it is easily enough that we succumb to the tricks of the playground magician. When he pulls out that rabbit from the hat, we do not ask ourselves how this happened, we look upon this as magic. As you grew older and started to understand the tricks, have you never profoundly wished that you could be blind to the conjuror’s methods?

Now imagine that the fortune teller, the sorcerer’s, the african “marabout” all really had some special powers... Imagine that you were wrong to stop believing in vampires, that shape-shifters exist and that people have the ability to live in shadow whilst remaining invisible... In short, imagine that you were wrong to have developed those adult visions on your fellow men and that amongst you, some people with special powers, positive and negative (indeed, it is not considered to be a positive trait of personality when you are driven to drink your best buddies’ blood for survival...), are moving in and out of your life - this is the basic world of that Timur Bekmambetov takes us for a ride into with Nightwatch.

Nochdoi Dozor - the original title - is a trilogy... and in the same way that Peter Jackson’s Lord of the Rings were made in three parts, this is merely the first part of what really is a cunning (and cruel) way of movie-writing. The end of Nightwatch should certainly give you the desire for more.

The opening of this trilogy relates to the fulfilment of a prophecy: a young boy will one day be born and it shall be discovered that he is one of the “others”. But his own powers will be a lot more special than anyone else’s... But here is the knack. You see, there are two sides in this story, the goodies (people of the Light) and the baddies (people of the Shadow) and each “other” has to pick a side when he is introduced to his abilities. Hence the plot: where will the young boy go? Dark or Light? Not terribly original, let’s concede that.

However, there are many points which have made this movie appealing. The number of nasty monsters is one point - and they are very successfully freaky. But essentially, what makes Nochdoi Dozor so intriguing and so absorbing is it’s breathtaking speed. The spectator will undoubtedly feel the tension and the stress that Bekmambetov wants us to experience. He wants out to feel that his world is a world of reality. He wants his viewers to go back to the age when vampires existed and wolves were under your bed waiting to grab at children. He introduces us to a world of many characters where all play parts that will take them through to the end of the trilogy. Bekmambetov places all the emphasis on reaction. And this is one of the more successfully achieved aspects of his first internationally distributed film.

At the time when the movie came out, it was said that Fox Searchlight Entertainment is now boosting Russian movie-makers. The truth is that, coming from Russia are talented directors like Bekmambetov, people who have an aptitude for fantasy worlds and great ideas for what modern movie should be like. If one adds the fact that Bekmambetov usually works with very small budgets - often with results that would shame any Hollywood directors - we have a good investment... Well, at least they’ve thought it out too. But it is doubtful that Bekmambetov, an assertive director and a man of conviction, will change his attitude towards film-making... At least for Nightwatch.

Welcome to the Nightwatch trilogy. I think we’ll all enjoy the ride.